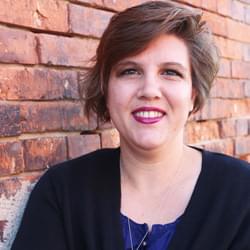 As I mentioned yesterday, the question if baseball will happen this year was in questions: Will Major League Baseball Happen This Year. Seems as though we have answers… …and the answer is YES YES YES…the players even have a schedule. Now the question will be will it be July 23rd or 24th? Commissioner Rob Manfred was…… END_OF_DOCUMENT_TOKEN_TO_BE_REPLACED

The 1959 Martin D-18E guitar Kurt Cobain played in Nirvana’s 1993 Unplugged performance sold over the weekend for a record 6 million bucks! The starting bid for the guitar was 1 million dollars. It was the highest selling item at the auction which included a few other Unplugged souvenirs, including a typed setlist and a…… END_OF_DOCUMENT_TOKEN_TO_BE_REPLACED

It has been in “talks” for months and we FINALLY have an answer, will the MLB return this year? The official answer is maybe. Last night the MLB announced that the agreement the owners came to on March 22nd will be happening as planned. BUT There is a catch, the players (via their managers) have…… END_OF_DOCUMENT_TOKEN_TO_BE_REPLACED

During the 80s Rick Astley was considered a cheesy pop star. In the 90s and 2000’s he was considered a joke, then he became something of an internet legend with a plethora of unsuspecting YouTube viewers being “Rick-Rolled” with a clip of his song “Never Gonna Give You Up”. Because of his internet fame, Rick…… END_OF_DOCUMENT_TOKEN_TO_BE_REPLACED

Dumbass Of The Day: A Porsche Towing A Hot Tub?

I am a HUGE fan of Porsches. I have driven them, but never owned them. They are powerful, fast and you get a lot of looks when you drive around in one. Just so you know, a 1990 Porsche 968 does not have a tow hitch for a reason. The vehicle CAN tow things, but…… END_OF_DOCUMENT_TOKEN_TO_BE_REPLACED