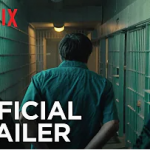 I have found your next Netflix binge! It is called The Innocent Man and is based off of the only non-fiction book John Grisham book has ever written. In fact, The Innocent man was a true crime best seller for John Grisham. What I did not know is that John Grisham is on the board of The Innocence Project, which is a group that fights to get people falsely accused of crimes out of prison. They were a part of both of the cases in this documentary. The small town of Ada, OK had two gruesome murders of young women in the early 80’s in which the alleged perpetrators were quickly caught, tried, and put in prison. What follows in the documentary is a crazy story. I’m only 5 episodes in so far, and what I’ve seen so far is unbelievable. Check out the trailer.