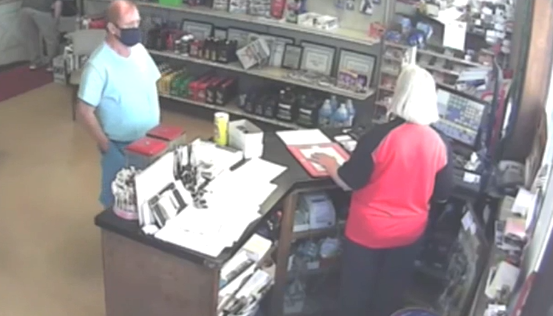 I don’t know about you, but I have about had it with the political signs about this time every 4 years, from every one running for office and the issues on the ballots.

In Sioux City, IA a well known businessman who owns a candy company, Peter De Yager, had about had it with the political signs around town, so he decided to do something about it…he decided to steal them and dump them in the trash. While you maybe inclined to applaud him, it is illegal, because he was taking them from private property.

He caught wind that the po-po was on his trail, so he figured it was time to change up his game to get the police off of his trail by stealing newspapers.

Ya, that didn’t work too well.

When he stole the newspapers, he was caught on a store camera taking the printed goods and walking out.

No, he isn’t facing jail time, but he is being told to pay $370 and the cost of the newspapers.

Makes you think that Peter may do the math and strike again next time around.