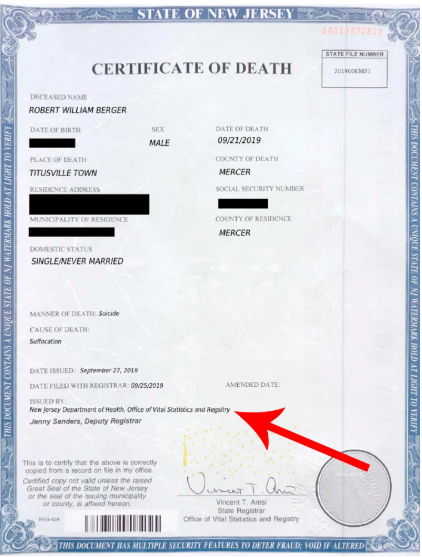 I think we can all agree that stealing cars is a really bad idea. What is worse? How about faking your own death to avoid jail time.

This 25-year old guy had his girlfriend Photoshop and type up death certificate and give it to his lawyer that said that he committed suicide.

When the lawyer saw it and it looked real, so he submitted to the the courts. It would have gone as planned, but there was a spelling error for the word “Registry”. The clerk caught the error and guess who was declared alive and under arrest again? Yep, that same guy…and now he can add on another 4-years for forgery.

What this guy did wasn’t uncommon, surprisingly, but…

“We’ve seen it where people fake their deaths so that they can receive life insurance benefits or where family members have died and no one notifies anyone so they could keep collecting those benefits,” said Madeline Singas, the Nassau County district attorney. “But I’ve never seen anything like this.”